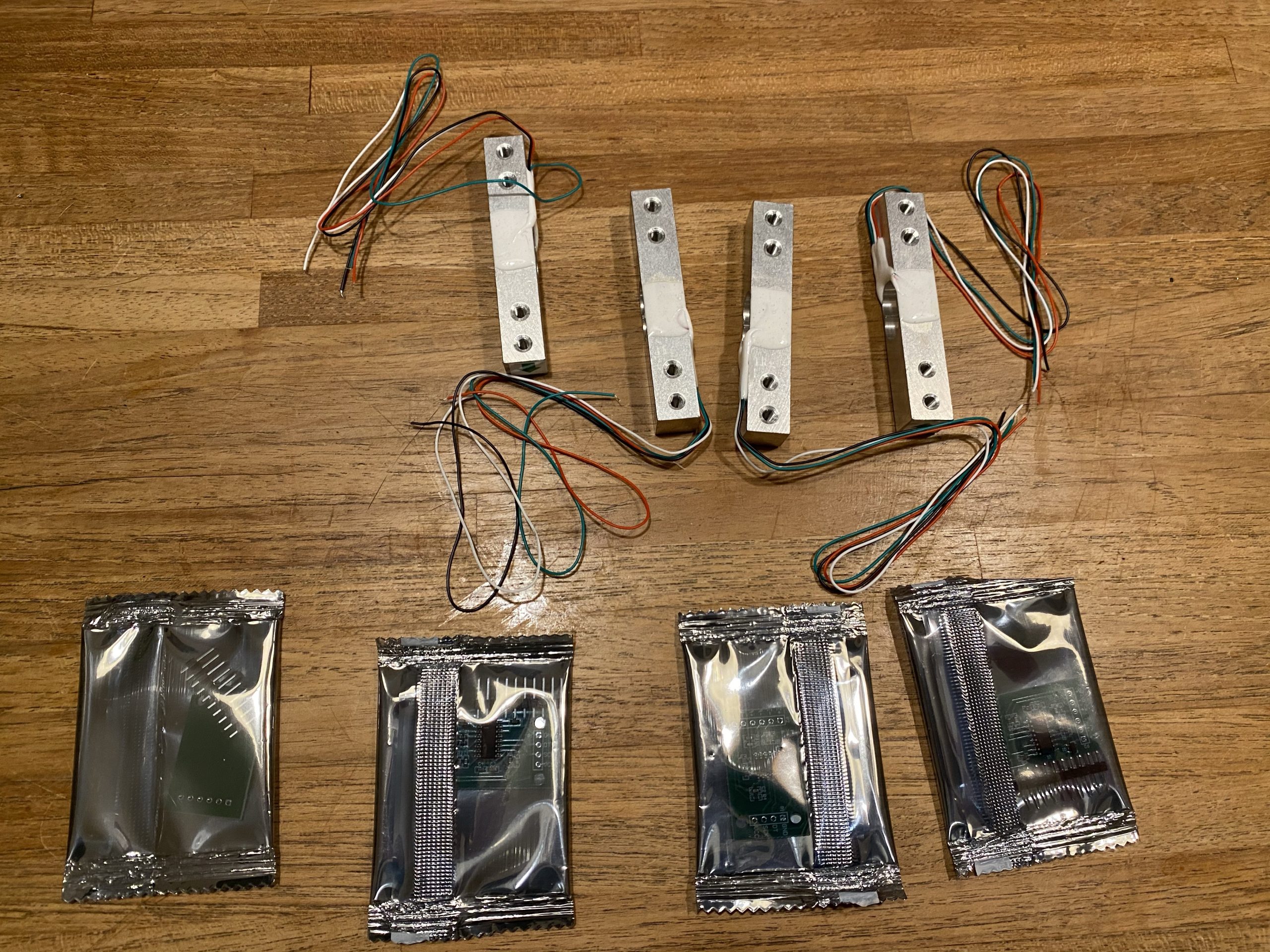 Last week the load cells and pressure sensors (and a manometer) arrived from China. That concludes the arrival of hardware for now. I’ve got some pictures of the hardware and I’ll discuss how they work shortly:

The load cells are actually of the strain gauge type and have four strain gauges wired up in a special Wheatstone Bridge configuration. Although the resistance of the strain gauges varies as they compress/expand, it’s actually the voltage that changes (given a known and constant excitation voltage) and that you measure. You could theoretically supply and measure the voltages directly with the Arduino, but the ADC resolution is not accurate enough to get the precision we want (after calibration), and especially not because the range of voltages that we will measure will be in the 10s of mV, not the 5V that the Arduino accepts. So we need amplification as well. The hx711 prints that came with the load cells are able to amplify, digitise and send the measured values over a serial connection to the Arduino. We’ll use two load cells. The two others are spare in case I mess up.

The pressure sensors have a ground, +5V and a sense wire that will return a voltage between 0 and 5V. These can be read perfectly well by the ADCs of the Arduino, so I should not need any extra electronics to read these sensors.