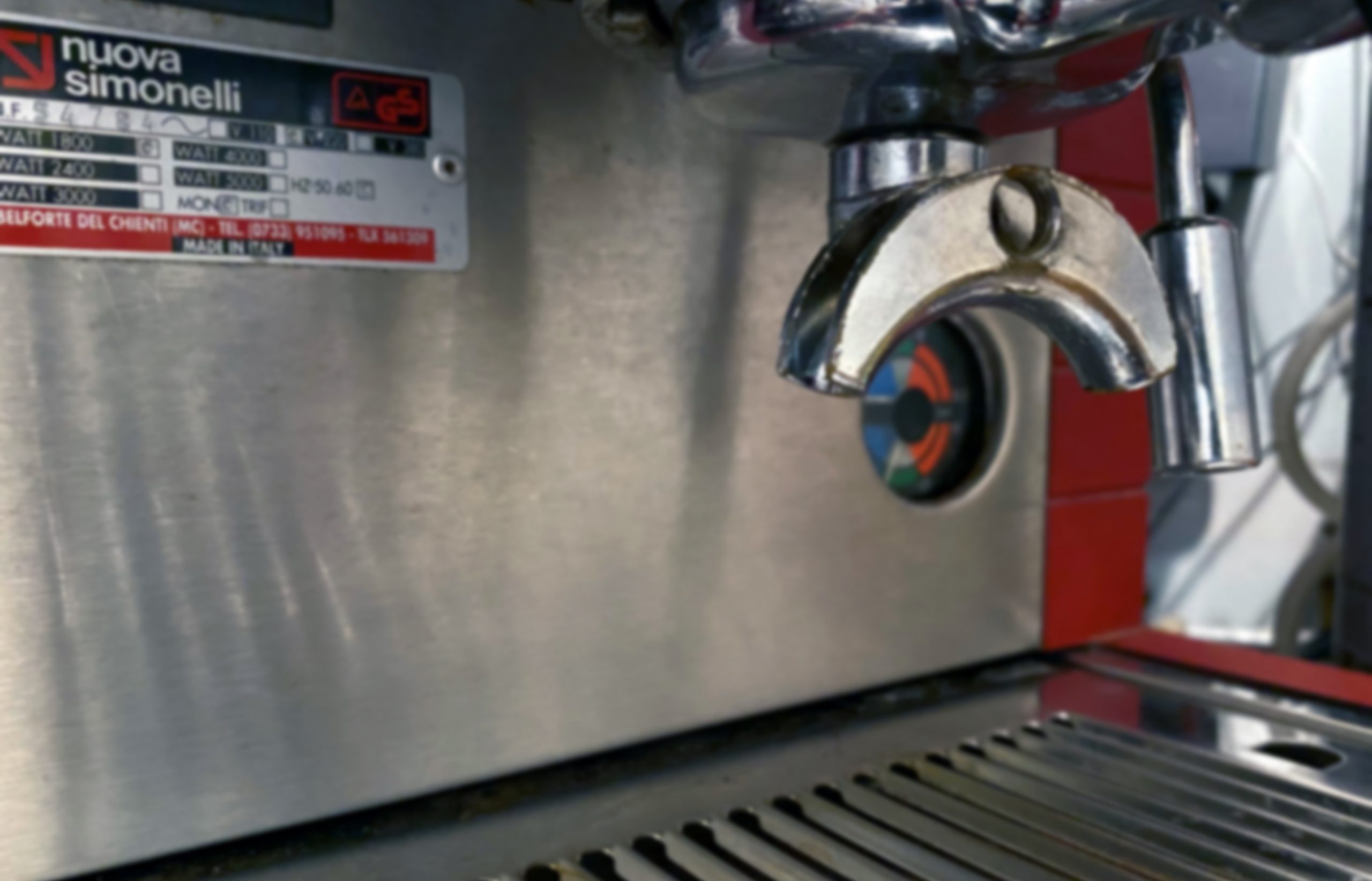 For 15 years I’ve had the same espresso machine. A Nuova Simonelli Mac single group commercial heat-exchange machine that I got of the local eBay and restored to mint condition while I was still in university. It has served me well all this time. It must have produced some 15.000 double shots since I first got it.

To be honest not all of them were good. I quickly found out that my stepped grinder that I was using with my previous Delonghi espresso machine was not up to the task of grinding coffee for espresso, so it had to go. A few grinders later I ended up with a compak K10 WBC, so at least the grinder part is sorted for now.

Over the years, like many coffee enthusiasts I’ve found that consistency is key in making a good espresso. So I started paying attention to dosing the coffee, which means weighing your dose. I also started weighing the amount of espresso that comes out to target a specific brew ratio.

I tried to improve my technique as well, but with a limited amount of cups a day I had to resort to technology again, which is why I use a WDT, leveler and a calibrated tamper for my puck prep routine.

Finally I tried to gain insight into the temperature characteristics of my machine by using a fluke multi-meter and K-type temperature probe to measure temperatures during a cooling flush and inside an empty portafilter.

I’ve found a routine that works for me to create great espresso, but it’s a bit messy and it’s so laborious that my wife refuses to learn the routine. I’ll outline it below:

It will be controlled by an Arduino, connected over WiFi to the tablet (or any other mobile device in the house, and even my home automation system). I will add a 230v socket at the back as well, controlled by a Solid State Relay to precisely control the grinder and grind time of a dose. I’ll convert the lower drip tray to a built-in precision scale to weigh ground coffee and extracted coffee. The list of features I could come up with is this:

This of course requires some hardware, software and a careful design to make it happen. In a next post I’ll talk you through the plan in its current form. We’ll make adjustments as we go along.

Finally I’ll take this opportunity to do some maintenance on the machine, while I’m working on it anyway. It can probably use a good cleaning, descaling and it needs some minor repairs (steam wand is damaged because someone tried to clean it with an abrasive sponge instead of the designated cleaning solution and the manometer always indicates an incorrect water pressure). I’ll buy and reapply some new boiler isolation as the current layer will probably be damaged when I take it off to mount a temperature sensor inside the boiler and heat exchanger.